I was trying not to get distracted by the 935 replica.  Doing a mock-up with the wheels was a very, very bad idea… 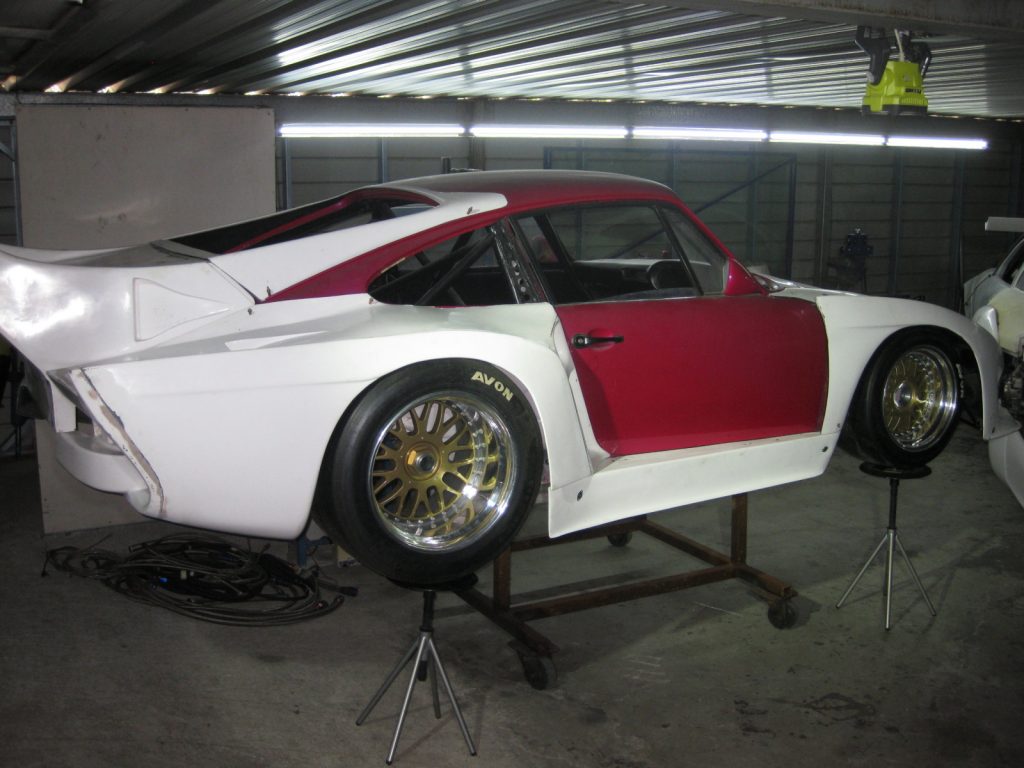 Finding a fantastic decal supplier (https://www.isaydingdong.co.uk/) that had all of the Jagermeister stickers in stock didn’t help either!

Just like the white RSR project that is just being finished up, the old pink car spend a lot of its life in the Porsche Cup just going round and round like a goldfish.  The rules of the day said that carpets needed to be fitted so there is glue residue everywhere, but it seems that is was also mandatory to fabricate things as poorly as possible and have an illogical roll cage design.  At least this shell is in amazing rust and accident damage free.  The car is still on a CAMS logbook so I can’t do a lot with the roll cage without starting again.  It isn’t what I would install now at least the design isn’t too bad. 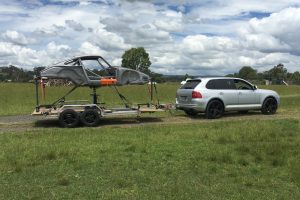 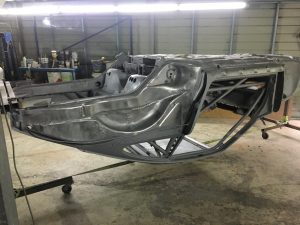 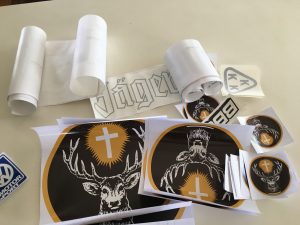 I am not a huge fan of abrasive blasting because it is so hard to get rid of the residue, but it was really the only easy option in this case.  There were so many holes in the floor and panels to fill in, and I have still haven’t worked out a good way of getting rid of glue.  The added bonus was seeing everyone’s reaction reaction to the shell going down the road on the trailer.  It really was more secure than it looked! 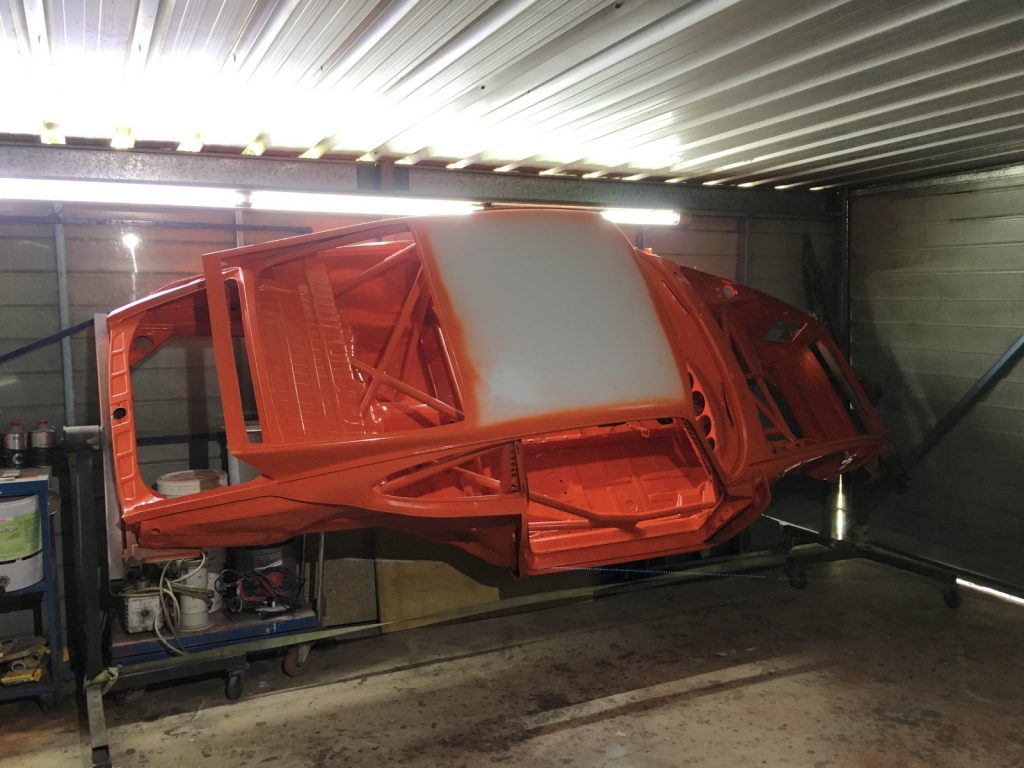 The car is looking great now that some colour has been applied.  Once the roof has been in primer for a few weeks it can be blocked back and the outside of the shell painted.  The nose clip has been painted and is ready to go on when the shell comes off the rotisserie.  I was surprised that even though I can fit a twelve inch slick on the front, the nose is still narrower than the GT2. 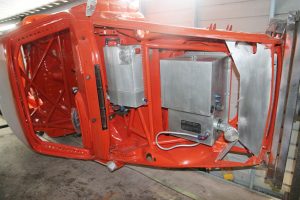 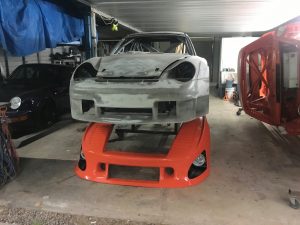 Fitting the rear quarter panels are going to be as much fun getting a prostate exam so the car might be parked out of the way and against the will for a while.  Putting the rear boots on really shows how wide the rear is! 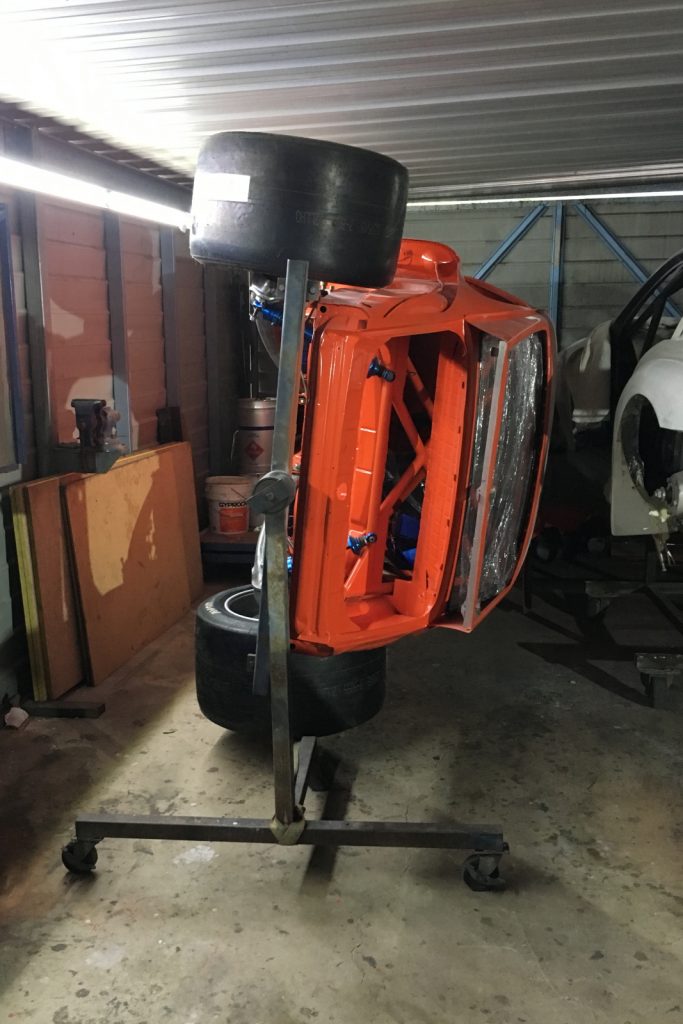