They say that technology is here to save time.  I have a lot of technology so why do I never have any spare time?

Anyway, the other day, after commissioning the new wiring loom in the classic rally car that is being entered in the Australian Rally Championship I noticed something wasn’t quite right…  No smoke or anything dramatic but there was a problem in the loom somewhere.  It was a bit strange considering that the harness had been tested prior to powering it up. 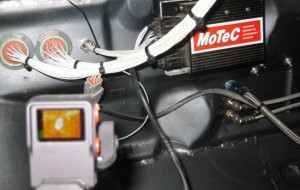 Anyway, FLIR to the rescue!  No, not Fleur, a girl I used to know years ago, but the thermal imaging type of FLIR.  It is really becoming a handy tool around here.  The heat signature from the plug showed that the problem was a defect in one of the new aftermarket tail lights.  A simple fix to a problem that could have taken a lot longer to find!

Now, why doesn’t this technology save any time?  Once you get a new toy you spend too much time playing with it!  Predator style vision is so cool! 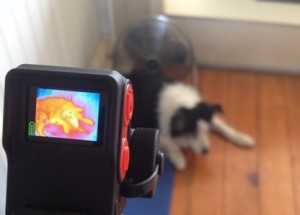