I have to agree with anyone that says that an engine dyno is not the most convenient tool to use.  Even though mine is setup so a 911 engine just slides in to the cell, it is still a bit of a nightmare when it comes to the late model engines with complicated wiring looms.  Obviously, it is only really useful if the engine is already out of the car but when it comes to control and accuracy it can’t be beaten.  No problems with keeping the engine and tyres cool and no crawling on the floor to try and tie the car down.  It is simple to make hardware changes because the engine is easily accessible.

It is all a trade-off I guess, and the chassis dyno I regularly use has always yielded great results for tuning and quickly diagnosing problems.

To comply with the new and ‘improved’ Porsche Club QLD motorsport rules, each competitor has to pay to have their car tested on one of only three hub dynos as selected by the club motorsport committee to get an uncorrected power figure.  That figure then has a specified drivetrain correction applied to finally get a flywheel power to weight figure for handicapping.  I am glad national championship events aren’t as complicated!  The fact that two of the dynos are owned by committee members must be purely coincidental of course…

Anyway, this post is just a warning to competitors using the hub dynos so the same mistakes are not made. 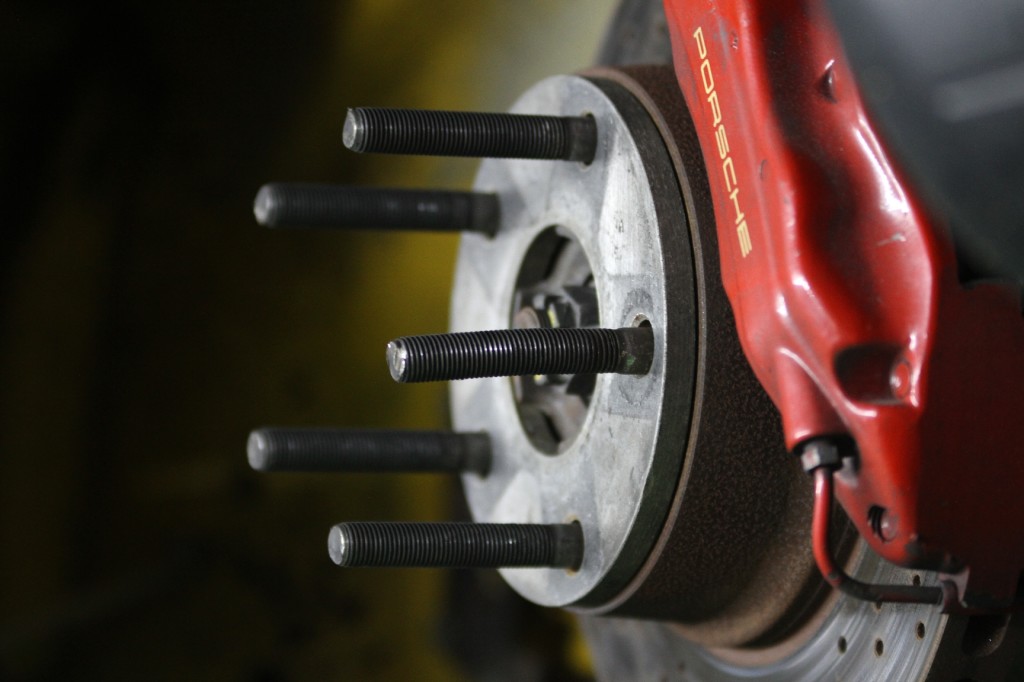 Mistake number 1.  If you have long wheel studs, make sure the operator that is bolting the car to the hub makes sure the studs clear the dyno!   It was a hell of a racket, kind of like when you used to put a plastic strip in the spokes of your bike when you were a kid – just a hundred times louder!  And not as fun.  I wish I could have at least watched the car being being bolted on.  Also, make sure the rear guards can’t hit the Dynapack casing if it hasn’t already been removed.  It is awfully close on an old school widebody 911!

Mistake number 2.  Don’t visit the dyno on the day of the event in case there is a problem.  Forget trying to be efficient.  You can see from the photo that the next drive for this car was back into the workshop for some new long studs and probably a new hub and bearing now the studs are loose.  It was a pretty expensive day –  a wasted entry fee, a repair bill and a lot of wasted time!

I guess this needs to be done any time a change is made to the engine too.

Who said club motorsport was meant to be fun!