The current 911 trend of backdating and Singer look makes life hard when you are also trying to squeeze a couple of turbos under a ducktail or electric wing.  I am a huge fan of a normally aspirated engine with throttle bodies or flat slides, but sometimes you just need more power and bigger flames.  With a Masters Degree is Tetris, you can get a decent size intercooler to fit without needing an aggressive tail (as seen in the photos below of previous projects).  The problems are compounded when you are trying to increase drivability by using long intake runners, and then need to find room for an air conditioning compressor. 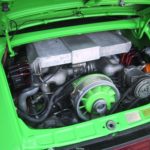 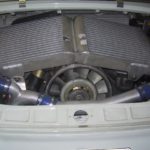 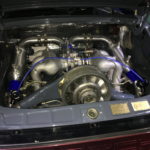 The other option is to use water to air intercoolers.  These are quite effective in a road going 911 because there is enough thermal capacity in the system to sink the heat generated by relatively short bursts of power, and the average road speeds are less than on a circuit so where the airflow over an air to air intercooler comes into its own.  A current project uses twin barrel intercoolers on a twin turbo 3.4 engine arranged so there is ample room in the engine bay for easy maintenance and an electric C2 wing.  The base motor hasn’t been touched so there hasn’t been an opportunity to tidy the old muffler up and detail the engine.  Unfortunately it is function before form on this build… 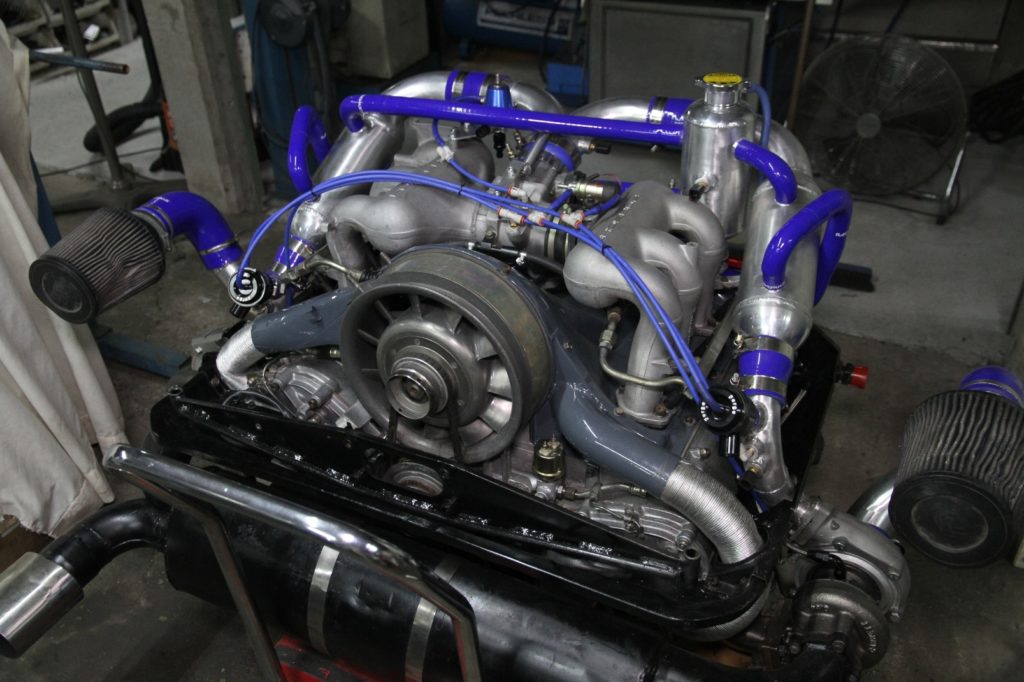 The engine is being run by the enormously capable Vipec Thunder ECU.  That allows me to data logging everything from EGTs, dual lambda and every pressure and temperature we can think of.  One advantage of having so many inputs and outputs on the ECU is being able to take over the control of the electric tail to make it heat and speed dependant; and more importantly use a drive by wire throttle body.  I try and use DBW on all the projects here these days, the simplicity in setting up traction control, and idle control make me look good!  This engine had an old school throttle kicker for antilag so that was also eliminated and updated. 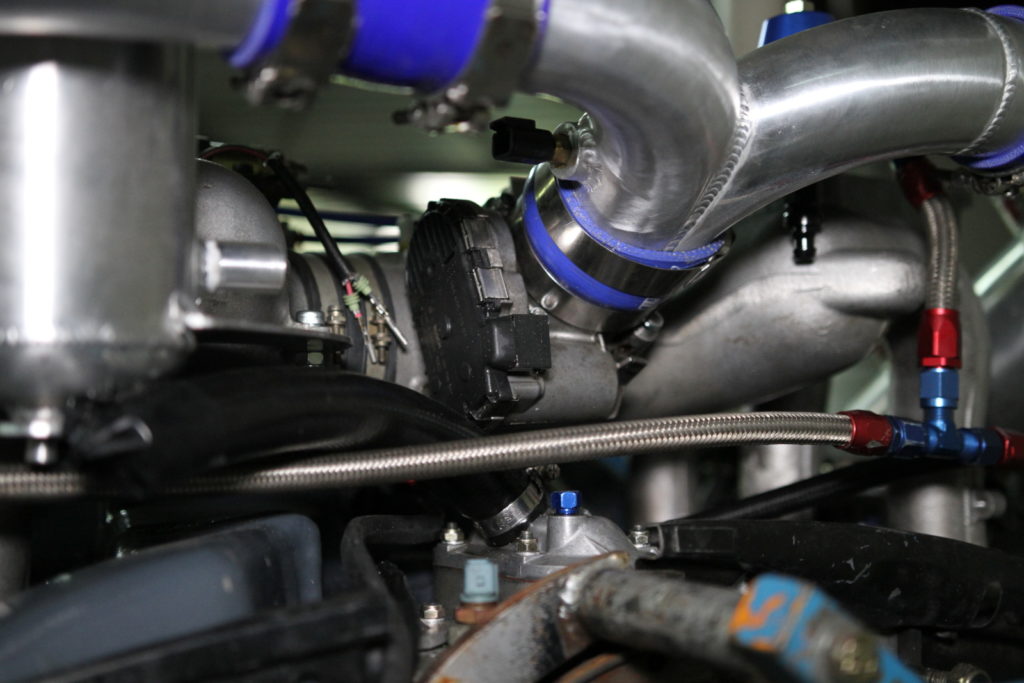 The easiest way to make everything fit nicely is to cut the manifold balance tube and reweld it on a shallower angle.  The standard throttle body holes were welded up and redrilled to suit the 996 Turbo DBW throttle body which also has a larger butterfly.  This 3.2 manifold had already been put on a flow bench to equalise the flow through the runners so the whole job was fast and painless.  Just the way I like it! 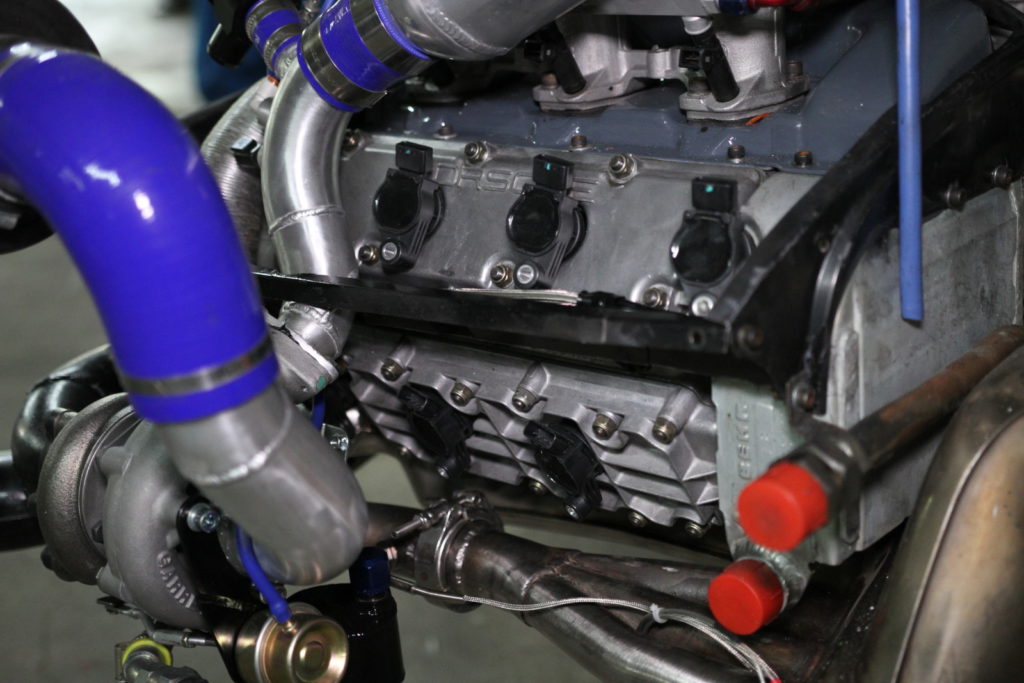 One other upgrade we did while the engine was being rewired is ditch the old coil packs for the twin plug setup and update to coil on plug.  These have plenty of spark energy for the amount of boost that this engine will run and clean up the engine bay.

This engine has a date with the engine dyno before it is put back in the car so I can see how efficient the barrel intercoolers are compared to other systems I have tried.  We are going to continue of our fuel testing with this engine as well to show what a massive difference the ETS Racing Fuels make to power and throttle response….