What a year! In an attempt to catch up with existing projects, and finally get a chance to do some much needed maintenance on some of the machines, we are closing early for the Christmas break and will be opening up a bit later than usual too…

We will be shut from :

Wow, I didn’t realise that it had been so long since I have done an update here (or anywhere for that matter!) A lot has happened in the year since last posting so I will endeavor to add some project pictures soon…

In the meantime, I just wanted to share a few photos of some of the new parts we can supply.

In addition to the amber shrouds for the early motors we can now supply these glorious carbon (or amber) shrouds to suit the 3.6 and 3.8 911 motors from the 964 and 993.

These photos don’t do them justice! I will add them to the webshop when I get a chance… In the meantime, contact me for more details.

I wanted to add this photo of the leather spare wheel bag for a while because it is pretty cool! It was beautifully made to fit an aluminum spacesaver wheel and has room for the emergency tool kit and pump. Admittedly there is a pretty limited market for these but it is pretty handy if you only occasionally carry a spare and need to keep the car clean. I think I have one left that we can customise the tie down points… This is not the normal type of project here, but copious amounts of coffee is absolutely critical to my thought process!

I have had this late 1950’s Gaggia Monte Carlo two group lever coffee machine sitting around begging to be restored for just too long.  I recently I found the seals and parts that I have prevented me from using the machine, so I thought I would spend a little bit of time to give it a new life. 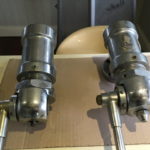 The original heads in a sorry state after years of neglect! 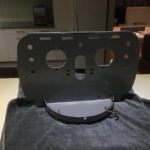 The frame was blasted and powdercoated. The boiler had previously been blasted and new elements installed. 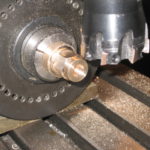 It was easier to machine new nuts than try and find original ones. 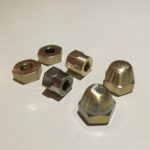 The finished nuts next to the originals. 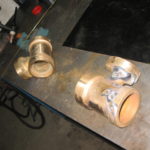 TIG brazing the dints and pinholes in the heads. 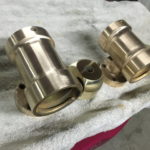 The first polish, almost ready for a copper coating before repolishing 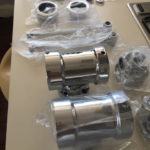 The parts as they came back from Pacific Plating. They look amazing! 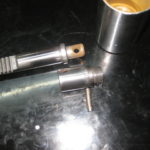 The pistons were hard chromed but one needed a thread repair which was achieved by welding a new base onto the rack. 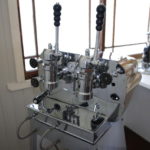 Dummy assembled (in more ways than one!) to test the fit with new seals and boiler control. It is a sensational looking machine!  It is almost done now, with a bit of tuning and a pair of original steam wands and a bakalite knob and an original indicator bezel – the coffee will flow once more! Well, I don’t feel so special now.  I was so happy with my little 3D printer and then Monash University go and print something close to my heart – a working jet engine!  (link here)  Damn – that makes my printer look like a dinky toy.  Oh that’s right – it is!

I have been pretty sceptical that cheap 3D printers are even slightly useful.  That is until I ordered one out of frustration.

A while ago I decided it would be a good idea to modernise my mighty Lycoming 540 engine for the aerobatic plane to give it a bit more vertical penetration.  That included Motec M1 engine management, tuned length manifolds and exhaust, custom pistons and cam etc.  To really complicate the project – I thought it would be a good idea to totally redesign the valvetrain.  Just because I can doesn’t mean I should! The CAD design was obviously the easy part and a lot of fun trying to optimise such an archaic design.  It didn’t take long to draw up some roller rockers, solid lifters, tapered pushrods, valves and guides etc.  The problems started when it came to validating the design.  There is no substitute for a working prototype to test the geometry but trying to find a spare moment to fire up the CNC to make a test rocker pushed the project onto the backburner for way, way too long.  Heck – I was getting worried that the earth was going to run out of fuel before I found the time.

I am really flabbergasted how much time it has saved.  Quite frankly, I feel a bit silly that I didn’t already have one!  Within fifteen minutes of it arriving, it was printing prototype number one.  Within that first day it had printed the prototype number five, the final rocker which allowed me to get the valves and guides ordered.  No wasted time trying to work out how to hold a billet of aluminium in the CNC, no swarf, no mess, and no time wasted when I could be working on customer cars. It also saved me from ordering the wrong length valve due to a measurement probe offset error that I probably wouldn’t have picked up if I didn’t have a little plastic printed valve to compare to a Lycoming factory one.  That error would have cost me more than the printer and put me in a really bad mood for a really long time.

I think this printer and I are going to get along just fine.  I needed a 90 degree backshell for a wiring loom I was making yesterday.  I couldn’t find one commercially available.  No problem.  It didn’t take long to whip up a drawing and send it to the printer.  The result was printed in ABS plastic which is the same material as the one that came with the plug. Oh, and now I need to find the time to go and make the optimised roller rockers on the CNC.